Robert-Jan Wille (München): The Many Faces of Climate Science 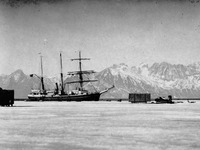 Vladimir Köppen (1846-1940) and his son-in-law Alfred Wegener (1880-1930) have played a large role in the history of the physical and earth sciences. Most historians have focused on the latter and especially on his work and status as ‘father of the theory of continental drift’. I will present Wegener as the scientist he actually was: an avant-garde meteorologist, a climate scientist, and a physicist of the atmosphere. When Wegener died in 1930 at the Greenland icecap, leaving behind a 84-year old Köppen, he more than anything ended his life as a specialist in studying from above the Earth’s turbulence and flows, as a true ‘meteorologist’ in the Humboldtian and even Aristotelian sense. In my talk, I will look at this ‘Humboldtian’ character of German field science around 1900, as a context to Wegener’s work. Although Humboldt himself had died long ago and scientists had to work more and more along the lines of narrowly focused disciplines, between the Franco-Prussian War and the two World Wars Köppen and Wegener still tried to prove themselves as great data collectors, instrument users, field scientists, and synoptic viewers. They were able to make use of new instruments, especially maps, telegraphs, and since the 1900s kites and weather balloons. They were not the only ones.