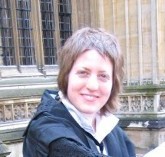 Science and medicine in the Renaissance bottega

Valentina works on the intertwined histories of medicine, science, and collecting of early modern Europe, with special attention to the Republic of Venice and England. Her doctorate, “Botanical Artisans: Apothecaries and the Study of Nature in Venice and London, 1550-1610”, has focused on the question of artisanal participation in Renaissance natural history and what this may tell us not only of the material practices and practicalities of early modern ‘science’, but also of the latter’s indebtedness to pharmacy and cognate medical trades. At LMU she will prepare an article exploring an important site for the making of natural knowledge that has received little attention: the pharmacy shop (or bottega di speziale). Italian pharmacies, and Venetian ones especially, have begun to be studied for their importance in the economic as well as the political dynamic of the Renaissance town. They will be revealed also as accessible arenas for scientific discussion and experimentation, a combination of laboratory and coffeehouse ante litteram. They were places of commercial and intellectual sociability, frequented not only by medical men, customers and neighbours, but also by the would-be naturalists of the parish and the town. There knowledge of the natural world emerged from oral and ephemeral occasions and expertise was often acquired collectively.