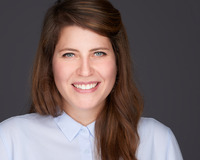 The Past under the Microscope. Collaborations between Sciences and Humanities on Historical Material Culture (1880-1930)

When at the end of the 19th century during colonial expeditions vast amounts of archaeological objects were excavated, the research interest in such objects among scholars grew. Historians of material culture (such as archaeologists, art historians, orientalists or paleographers) and natural scientists alike shared a research interest in ancient and historical material culture. They were trying to answer historico-cultural questions about ancient civilizations lacking textual sources or trying to match textual sources with physical evidence. In this regard, scientists and historians needed one another: Scientists depended on historical and philological expertise, while the material analysis of the objects required scientific methods to reveal historical information. In several cases, collaborations between historians and scientists ensued. Paleographers sought collaboration with botanists for the microscopic analysis of plant fibres in ancient manuscripts. Chemists, investigating the chemical composition of glaze in Babylonian tiles, consulted experts trained in cuneiform script for the translation of ancient chemical recipes. These examples not only reveal the dynamics of collaborative research on historical material culture. They also serve as case studies illustrating how, around 1900, research was carried out across the disciplinary boundaries of the sciences and the humanities.

This research project analyzes collaborations between the sciences and the humanities in terms of their formation and development in German-speaking countries for the period 1880-1930. My research goals are: 1. analyzing cooperative dynamics and structures between the sciences and the humanities by investigating research practices, methods and knowledge transfer applied within the collaborations, 2. understanding the meaning of material/materiality within the collaborations and 3. for the first time exploring the history of this heterogeneous research area – today understood as archaeometry –, which had significant impact on the institutional and epistemological constitution of the German-speaking historical disciplines dealing with material objects.